< BACK TO ABOUT US 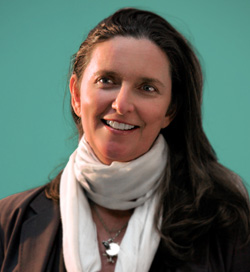 When I try to think back to exactly why Turtle Key Arts was founded, I keep returning to the feeling of conviction that both of us as founding directors had, that there was something missing in London’s artistic landscape in 1989 and that we had been designated to provide it !
Between us, we had the training of a mime artist, a degree in modern languages, a qualification as a drama therapist, a short stint at a national charity, a bit of basic marketing knowledge gathered from a temporary job and some experience of living and working with disabled people. Not exactly what most arts administration courses would recommend these days, but a solid foundation for a great deal of ‘practical learning’. Our convictions came from asking the following questions:
Where were the physically accessible spaces – both for audiences and disabled performers?
Was there a space for new physical theatre or contemporary dance? Where could you combine education and disability arts work with mainstream performance?
Where could we try out the kind of work that we wanted to produce?
The answer came initially in the shape of a large, white, ex carriage-barn turned photographic studio in Fulham Broadway. Not a conventional theatre space but a wonderful backdrop for dance and physical performance and located on the ground floor – only one new ramp needed to fulfil initial access needs.
" The space acted as a magnet drawing in new work of every kind - visual, physical, musical and new writing." Maggie Elwes
The overwhelming memory of our early years was how much we enjoyed ourselves. In theory we worked nearly every night and most of the days, but in reality it never felt much like work. We saw new performances on a weekly or nightly basis in our own space (some wonderful and some terrible) and met new artists from all disciplines who were as driven as we were. With many of these like-minded organisations and individuals, we formed collaborations that have continued to the present day. Many of these people agreed with the issues that we felt so passionately about and worked alongside us to change the habits and perceptions of audiences, funders and members of the arts community. This change is particularly obvious in the area of disability arts, for which the landscape is barely recognisable all these years on. There are also few current contemporary dancers or physical theatre performers in London who did not either perform at the venue in their formative years or come to see their colleagues performing there.
As producers, Turtle Key Arts met and worked with numerous performers, designers, technicians, writers and directors and have continued to collaborate with many of these people ever since. We often get asked what our name stands for. The Turtle was the symbol for ‘man’s intuitive knowledge of truth’ while the Key stood for access and opening doors as well as being the symbol of the Sesame Institute where Maggie had trained. This explanation was carefully researched and learnt off by heart after the name had been casually invented one afternoon in the park. It has also helped us to build up an impressive collection of turtles and tortoises for every occasion which we would have sacrificed by calling ourselves by any other name!