THE NIGHT BEFORE CHRISTMAS (2001 & 2008) The Night Before Christmas was written and produced by Turtle Key Arts in association with John Hester, it was a huge success with every performance sold out and the feed-back from teachers, parents and carers was glowing in its praise.

“An hour long frolic to inspire festive feelings” Time Out

A bubbly and mischievous Elf is pretending to be hard at work in Santa’s workshop on Christmas Eve, but he is secretly hiding toys away for himself. When Father Christmas finds out he explains to the Elf what Christmas is really all about through song, poems and stories – and with some audience assistance. This cheery and informal show is a magical storytelling adventure for children and their families which is rounded off with a sing-along and the chance for every child to meet Father Christmas, receive a gift and share their wishes with him. A Turtle Key Arts and Rose Theatre, Kingston production supported by Stage Electrics.

MYTHS & LEGENDS BY TURTLE KEY ARTS (2003) Produced by Turtle Key Arts for CWA events, an original production with a 3 week run in a 1200 capacity marquee. It was a fast moving, exciting, spectacular. The show told the ageless story of good verses evil with the visual delights of circus, tumbling, aerial silks and hoop, stilt walkers and swirling rings of fire. It was during this show that Turtle Key Arts first met Lottie and Alex from Ockham’s Razor.

FOOTPRINTS (2002) As part of Science Year the British Association for the Advancment of Science commissioned Amoeba Theatre Company in association with Turtle Key Arts to develop an innovative piece of theatre introducing the world of genetics to key stage 3 children. Footprints, the play tells the story of Anna, a 14-year-old who discovers the world of genetics after police investigating a crime in her building come around to collect DNA samples. Footprints looks at the past, present and future of genetics, and encourages people to take a critical view of the issues raised. Turtle Key Arts & Ameoba Theatre

JUNGLE BOOK BY TURTLE KEY ARTS (2001) “ We had an idea ‘ Let’s turn the whole theatre into a jungle, let the set take over and animals and sounds appear from everywhere’, and so with a lot of scaffolding, foliage, sand and imagination that's just what we've done - I hope you enjoy the jungle and watch out for those rogue monkeys, they could appear from anywhere at any time. " Alison King - Producer

“From the outset I wanted this production to remain faithful to the themes of the original, to tell the story simply and truthfully – and, most importantly of all, to distance itself from the cuddly Disney image that we all know so well. With these factors in mind John Hartoch’s script was a real find and I hope that we have done it justice. We are fortunate that Turtle Key Arts have once again agreed to provide us with their wonderful production services.”  John Hester – Director

BEASTS & SUPER BEASTS (2000) An originally devised episodic theatre performance piece inspired by the stories of Saki. Beasts & Superbeasts was targeted at 5 to 10 year olds during the summer holidays and the action takes place in various locations around a park with the audience following the performers. It was performed in The Horniman Gardens and Gunnersbury Park. Turtle Key Arts & Antic Hay

TALES FROM ANDERSON (2000) Take three talented performers and twice that number of stories by the Great Dane of fairy tales, mix well, leave to simmer, and serve.

“The Charles Cryer Theatre chose wisely when they asked Turtle Key Arts to produce a Christmas show for them. It seems to me they have hit on just the right formula for a successful children’s show. In terms of narrative quality, versatility, costumes and the ingenious use of props, this show is a winner. I cannot recommend it too warmly.” Croydon Advertiser

DEAR FATHER CHRISTMAS (1999) Dear Father Christmas was a new children’s musical based on a story by award winning children’s author and creator of Purple Ronnie, Giles Andreae . It was a magical story full of boisterous and heart-warming songs (original score by Simon Bass ), that shows how one little boy’s small act of generosity on Christmas Eve can change his family’s life forever.

“Turtle Key’s Christmas musical with memorable melodies from Simon Bass…Giles Andreae’s book and lyrics offer sophisticated fare and its irresistible cast has the entire audience joining in.” The Stage 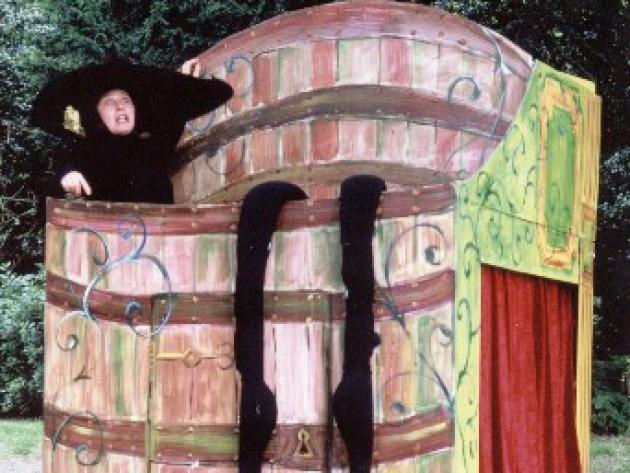 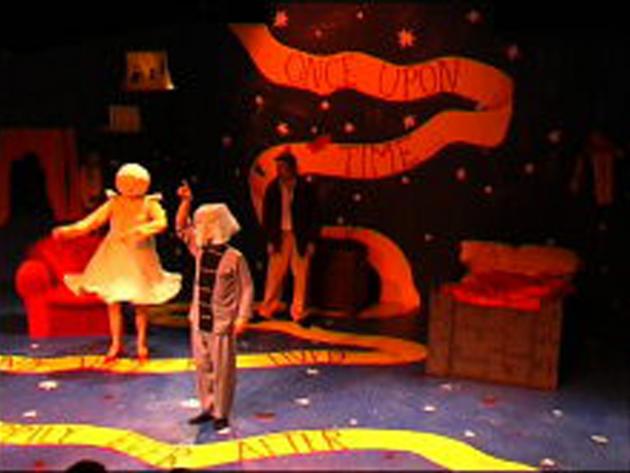 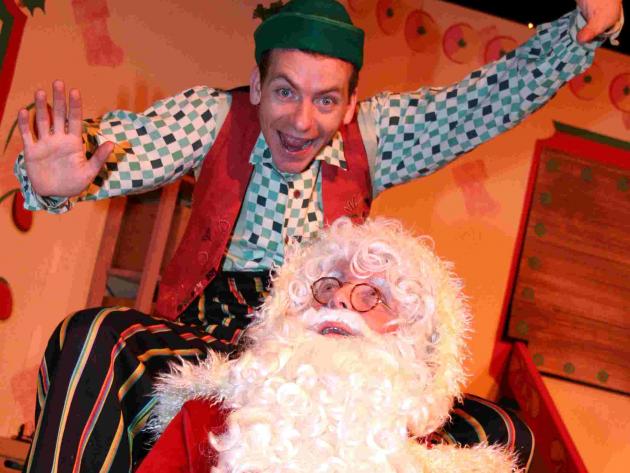 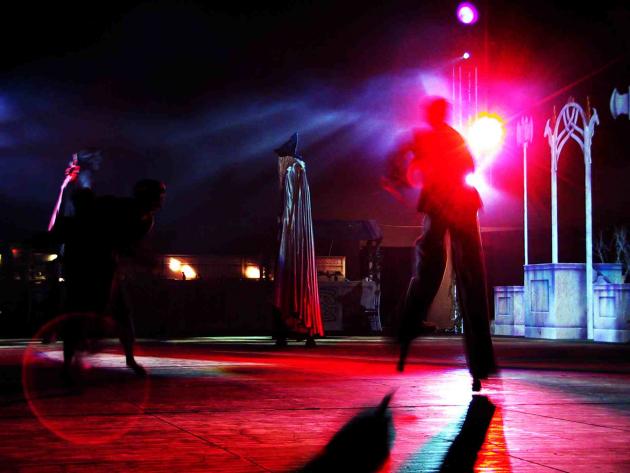 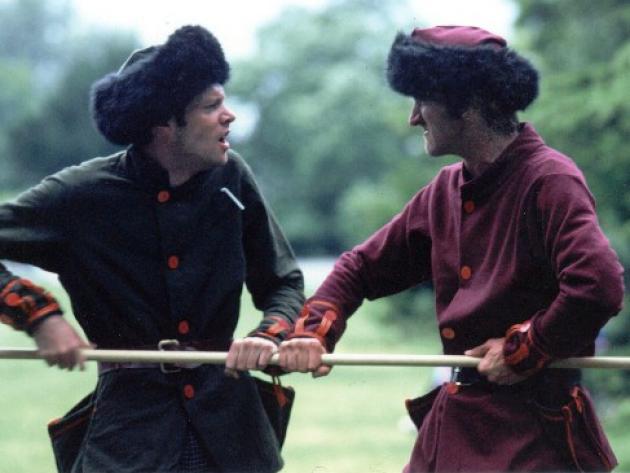 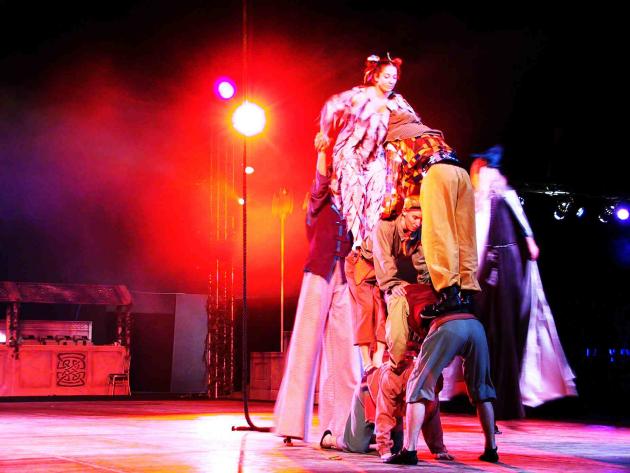 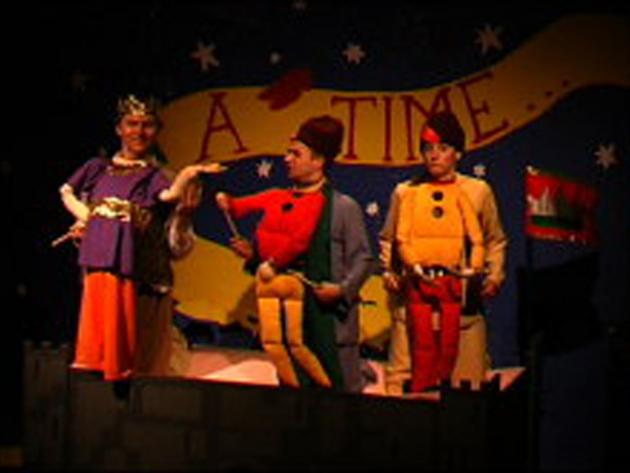 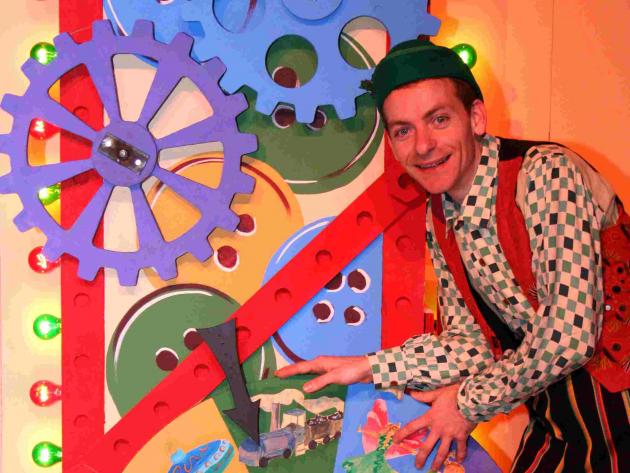 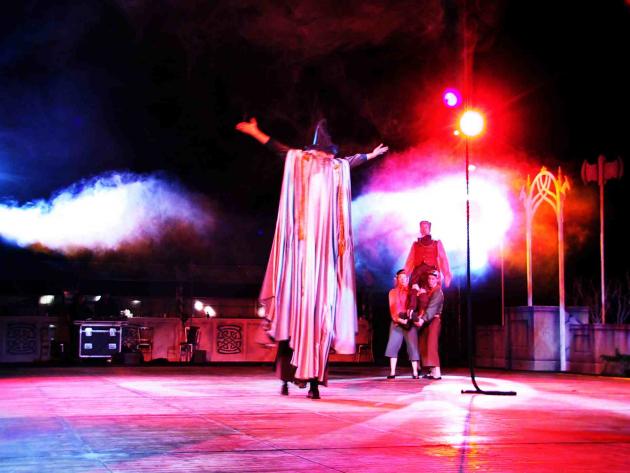 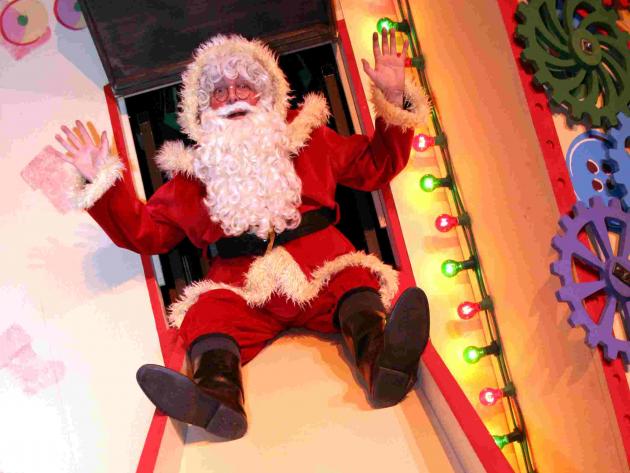 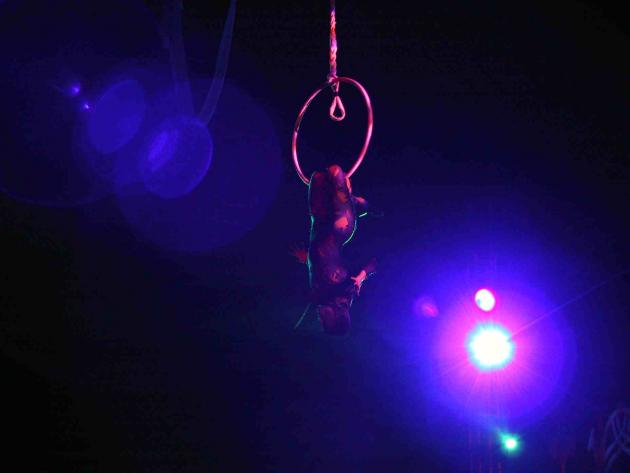 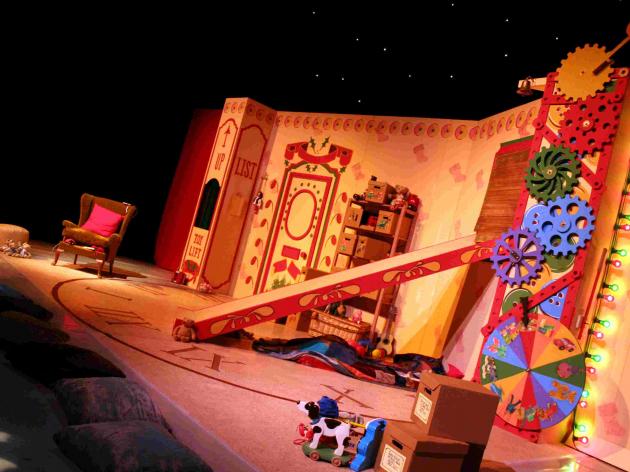 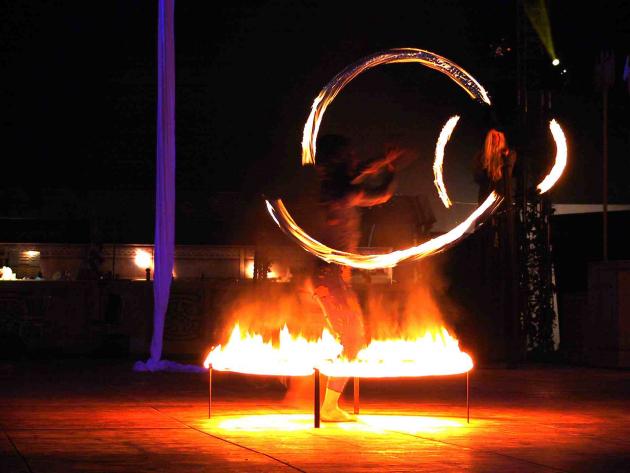 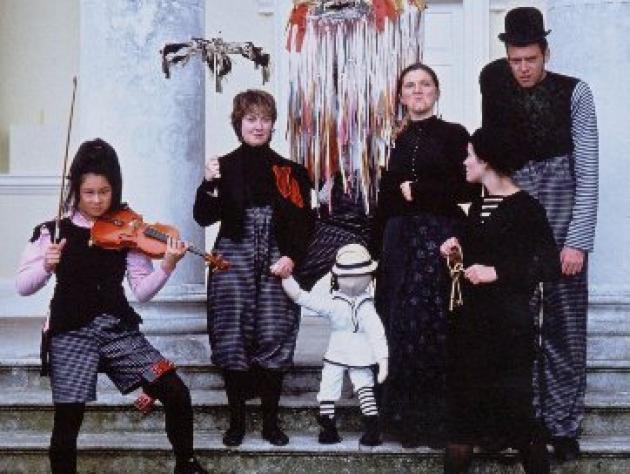 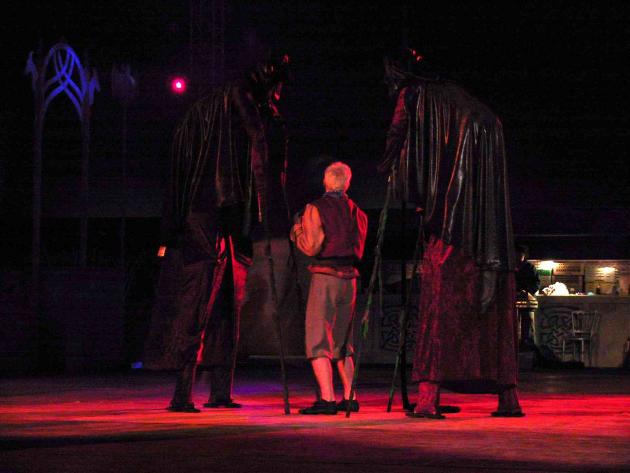 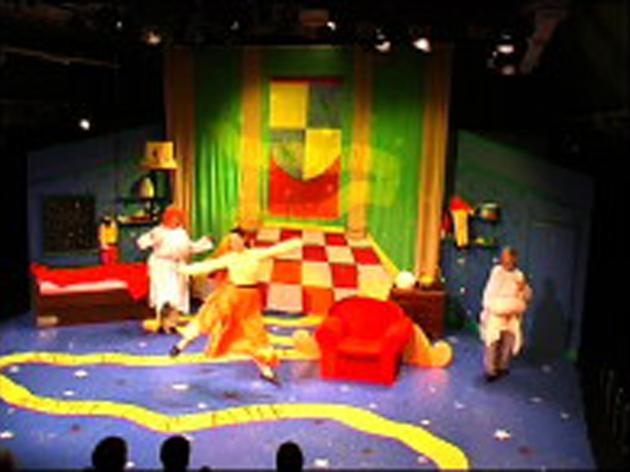 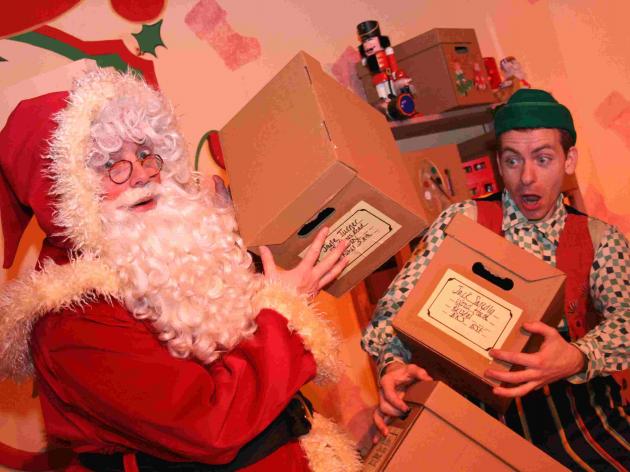 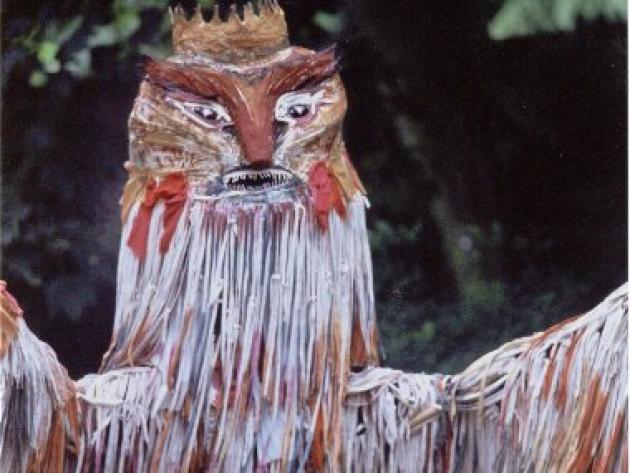 THE NIGHT BEFORE CHRISTMAS 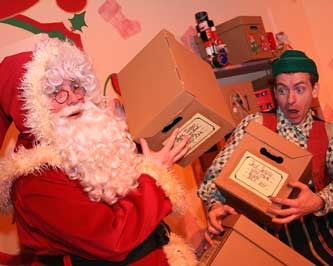 A NEW PLAY BY ASIF KHAN, FOR CHILDREN AND FAMILIES. PRODUCED BY TURTLE KEY ARTS ...