WEIGHTS by LYNN MANNING (2005) WEIGHTS was a powerful one man show by Lynn Manning with prose, poetry and live music telling his life story. He grew up as an impoverished black child in the foster care system of South Central Los Angeles, the son of an abusive father and alcoholic mother. At the age of 23 he was shot in a senseless bar fight, losing his sight completely. The show traces Manning’s ultimate transcendence of the senseless violence that changed his life, and his courageous personal journey from being ‘black’ to being ‘blind’.

"Manning gives us the mean streets of L.A., a childhood straight out of hell and a liberation entirely of his own making. Universal, cathartic, bravely revealing and poignant. Manning knows how to twist a phrase and lash out an insight with agility and strength”  Los Angeles Times

THE FROZEN MOOSE by KEVIN KLING (2004) Minneapolis, Minnesota playwright, actor and storyteller Kevin Kling brought his unique one-man-show, The Frozen Moose and Other Stories to the UK for the first time.

The foreign language production had simultaneous audio language and audio description via headsets to all the audience, making this a unique shared experience between the blind and sighted audience. 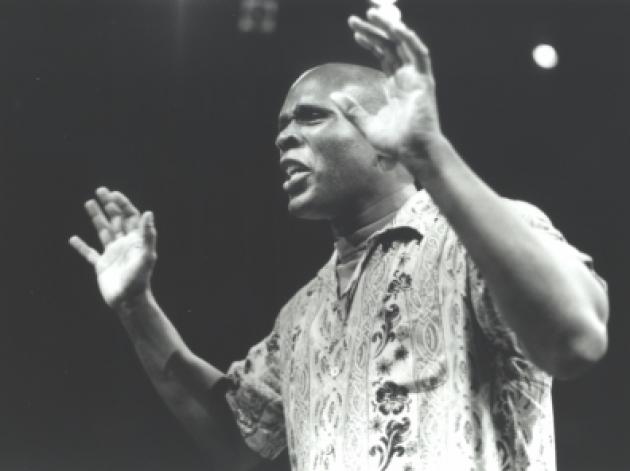 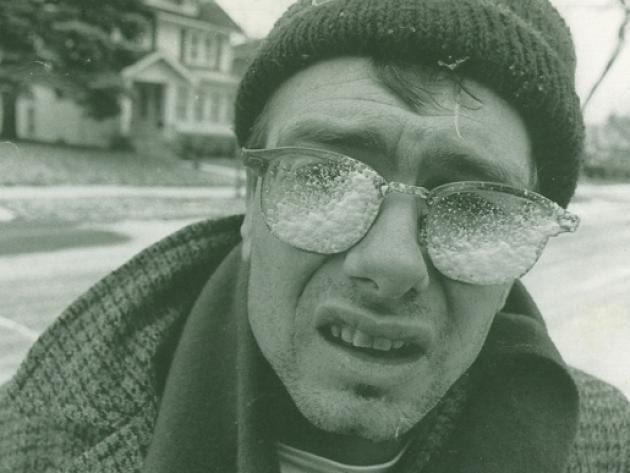 The Frozen Moose by Kevin Kling 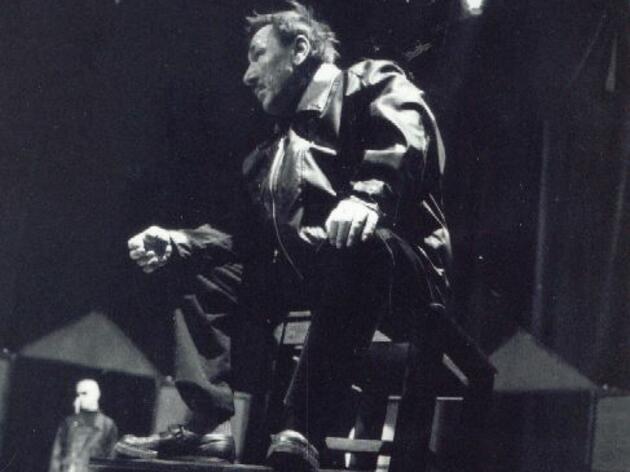 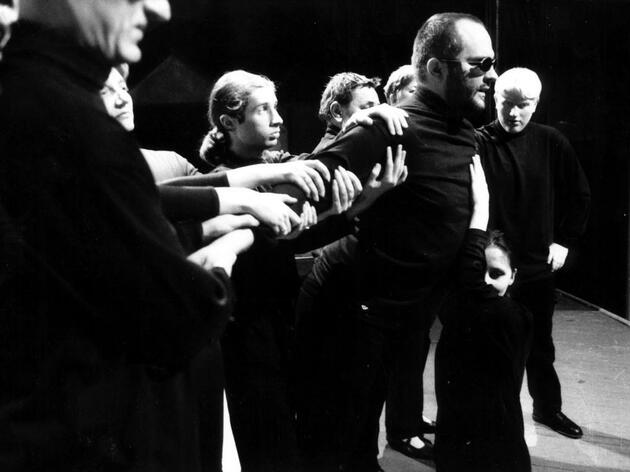 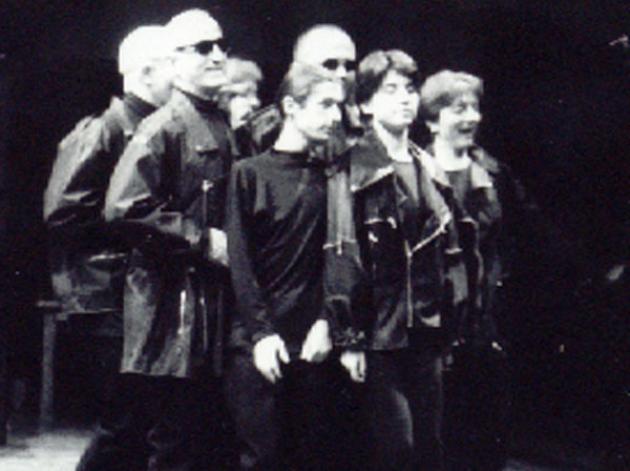